Information about the server

COMBAT BOX is focused on late-war, historically-inspired scenarios including BoBP plane sets. Each map has been meticulously hand-crafted including realistic airfields, challenging targets, spectacular effects and strategic mechanics such as radar zones.

Available planes and maps will evolve over time.

Use of SRS Radio

Thanks to the game developers and Ciribob, pilots can now enjoy realistic radio communications integrated into their IL2 experience. For full details and installation instructions, please read the guide on the forums. Once you have installed IL2-SRS and have it running, your SRS radio client should automatically connect when you join the Combat Box server. You'll initially be placed in the neutral 'intercom' channel, then channel 1 for your coalition once you spawn a plane.

On Combat Box, pilots should use SRS channels 1 through 10 for the following purposes:

SRS now supports two radios per aircraft. We encourage pilots to use both radios. For example, you could leave the first radio set to channel 1 at all times and use your second radio for task-specific communications.

Combat Box features artificial intelligence that provides strategic mission updates as well as speech recognition for pilot-to-control communications. You may hear AI voices on channel 1 radioing that targets are under attack or warning of heavy fighting, or broadcasting airfield conditions and traffic updates on channel 2.

Radio calls work best if you use the "full" radio call sequence each time, i.e. [ident you are talking to] [your ident] [your location, if relevant] [your request]. Due to the way IL2 works, the bot only knows your location if you recently spawned, took off or landed, engaged in combat, or explicitly told it your location. On approach to an airfield, for example, you might have to tell it your grid before (or during) an airfield information request, but then you can ask for a landing and it'll know where you are.

"Kenway, this is Voodoo-2 in grid 1218, request mission" will be more reliable than "Voodoo-2, 1218, need mission." Abbreviated calls do work, but if you're having trouble getting a response from the bot, try the long/formal version. The bot supports the following commands:

Please use channel 2 for setting up call signs and doing radio checks.

Channel 1 can get swamped with pilot chatter, and the bot will respond on either channel. If you are Allied, you can use callsigns "Kenway" and "Longbow" to address the bot, in addition to "Command" and "Control" that are used by Germany. If you're on channel 2 the bot will also respond when addressed as "tower" or "airfield".

The bot is trained on speech samples from the pilot community. If you want to help train the bot to recognize your voice and accent, please join our Discord and see the #voice-recordings channel to download our bot-trainer utility. We really appreciate pilots submitting their voice samples — it helps make the bot better for everyone.

The admins take a dim view of vulching; we think it is anti-fun and unrealistic; airfields historically would have had upwards of 300 flak guns protecting them. There's no perfect answer to the vulching situation, here is our approach. 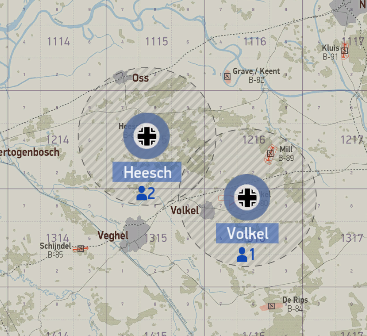 Examples of how these rules apply:

How to get support

Our Discord server includes a #support channel. Please use that to get support, report bugs, and access our reports bot. If there's a server problem, post there and tag @admin to let us know.

You can create a "support ticket" to report player behavior that contravenes the Combat Box rules. For example, attacking other players while they are on the ground, tail gunner griefing, deliberate team kills, repeated egregious friendly fire, or use of racist, sexist, homophobic, religious or other slurs in chat. Creating a ticket makes a new private channel for you to report the problem, you don't need to call someone out in public if you prefer not to.

Our server is located in New York, in a commercial datacentre. We have thousands of pilots each month playing, including pilots from Australia, Brazil and Europe. If you are getting ping kicked, the problem is most likely your internet connection, not the server. Try using a wired connection instead of home wifi. You can ping combatbox.net to see your current ping. Our maximum average ping over one minute is 350ms round-trip. We will not increase our ping limit; we already have some players warping around with jittery ping, and increasing ping limit makes the experience worse for all the other players.

If your ping is good but you sometimes lose connection, you might need to optimize your MTU to reduce packet fragmentation. Yes, that probably sounds like gibberish. Here's a guide to doing it.

Combat Box has been migrated to new server hardware! Thank you to all who generously donated to the cause. In alphabetical order: Alonzo, Atomic_359, Blake, Haluter, HE187, IngegnerTommy, Jakerthesnak, Jim, Jon, Jorge HFJ, JG1/Vonrd, Mewt, Mordrac, Nabuli0, Siggi, Strat, Talon, The Nines, Tim and VA_SDRiEMLiNE. Thank you also to our Patreon donors who allow us to continue to operate! See the Supporters page for more info.

Join our Discord to get help, report problems, or give feedback: discord.combatbox.net